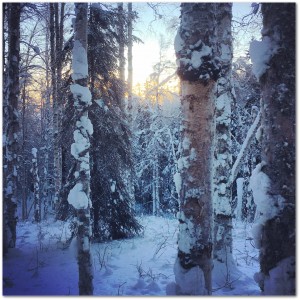 Our office spans miles of wilderness near Fairbanks, Alaska. The extreme habitat where we find chaga is home to many plants, animals, and geographical features that are unique to our northern latitude. In this article we will paint a picture of this amazing wild environment where we are lucky to “work”.

The chaga fungus grows on birch trees found in the northern hemisphere. Wild Alaska Chaga harvests chaga from the Interior Alaskan boreal forests near Fairbanks. These subarctic forests are home to a diverse assortment of plants and animals. Around Fairbanks the forest consists of birch, white and black spruce, alder, willow, and cottonwood trees. These trees grow following wildfires with willow and alder filling in recently burned areas, succeeded by cottonwood, birch, and finally large white spruce. In swampy terrain or areas with permafrost (a permanent layer of ice which persists underground year round) the forest is predominantly made up of stubby black spruce surrounded by moss and lichen. As we harvest chaga we navigate through all these different forest microbiomes. Smaller plants that grow in the area include wild rosebushes, high-bush cranberries, equisetum ferns, tall grasses and fireweed. Larger features include glacial fed rivers, mountain ranges to the north and south, the Aurora, and many hills leading to countless valleys that must be traversed. 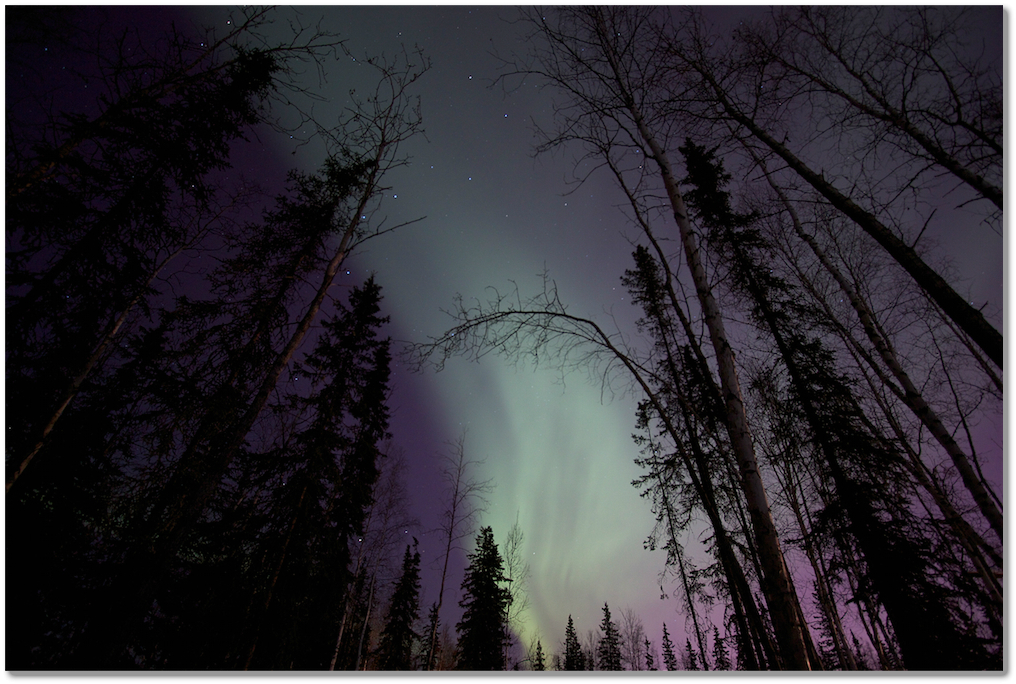 The Fairbanks area boreal forest is also home to a variety of wild animals. Large mammals include moose, bear, wolves, foxes, and lynx. Moose are fairly common, the largest, and probably the most dangerous of these wild animals, so we are sure give them plenty of space during an encounter. We find signs of moose almost every time we harvest in the forms of tracks, browsing evidence, and droppings. The predator species tend to be elusive, but we sometimes glimpse fox tails disappearing into brush and sometimes find tracks, scat, and other signs of these animals. Like many Alaskans, we carry bear spray, make plenty of noise as we go, and practice good bear awareness. The smaller mammals of the region include beaver, muskrat, snowshoe hare, squirrel, and voles. There are also many different bird species such as the iconic Alaska raven, eagles, hawks, owls, ptarmigan, grouse, and a variety of songbirds like the impressively vocal Alaskan chickadee. Although it is very common to see animals on our expeditions into the wild, it is always an exciting moment when we get the chance to see our forest friends. 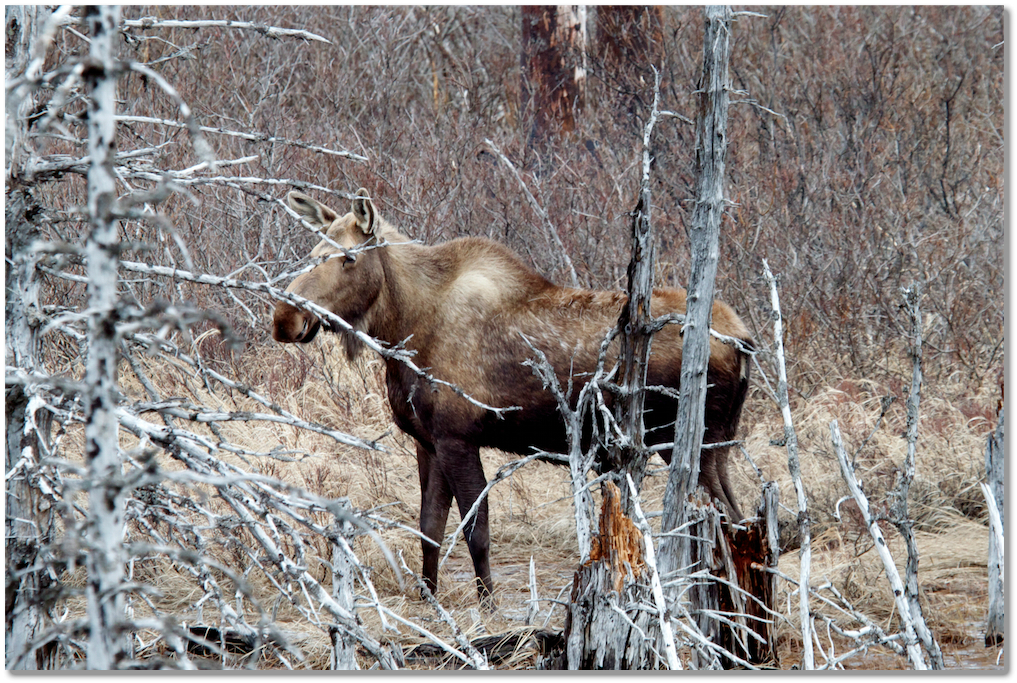 A truly unique feature of the interior Alaska boreal forest is its extreme conditions. In the winter, temperatures around Fairbanks can drop to below -60 degrees Fahrenheit. In the summer it can reach above 90 degrees. The species found in this ecosystem have all adapted to this 150 degree temperature variance from winter to summer. As humans we transition from being bundled up in down jackets, thick wool socks and winter boots, to wearing shorts and t-shirts. Another feature of this environment is the extreme light cycles. Due to its high latitude, at winter solstice Fairbanks sees less than 4 hours of daylight with sunrise at around 11 am and sunset before 3 pm. However in the summer it never gets dark! Fairbanks sits slightly below the arctic circle so at summer solstice the sun dips below the horizon for only a few hours between about 1 am and 3 am. It is still easily light enough outside to see 24 hours a day. This means we can put in extra long days producing chaga products!

Interior Alaska is known for extreme numbers of mosquitoes. Bees, beetles, gnats, and moths can also be found in large numbers for short amounts of time. Predator insects such as the dragonfly are common along with arachnids such as spiders and millipedes. Paper birch trees produce large amounts of pollen which cause severe allergies for many Alaskans during the spring and early summer. Finally, wild rose bushes provide a mild thorny obstacle during the summer harvest season because they grow well in the nitrogen rich soil near birch trees. During the winter, snow and cold are the main obstacles since rose bushes have folded under the snow and insects (or their eggs) are hibernating for the winter.

So there you have it. Our year round outdoor office never allows for a dull moment. We are thankful that chaga provides us with the scholarship to explore and bring you products from this beautiful, wild region of Alaska.